Marketing Mix of Apple Inc- Apple Marketing Mix 4Ps (Product, Price, Place, and Promotion) are presented in this article. Apple is a renowned technology company, known internationally for its emphasis on technical innovation. Steve Jobs ‘ visionary leadership had helped Apple take its first steps into global success and after him, now under Tim Cook’s leadership, Apple has seen steady growth in the last few years. Apple was also the first company to cross more than $700 billion in market value and the first past $1 trillion (now very close to reaching the $1.2 trillion mark).

The company is leading the list of the most popular companies in the world, led closely by other tech giants such as Google, Microsoft, Amazon and Facebook. 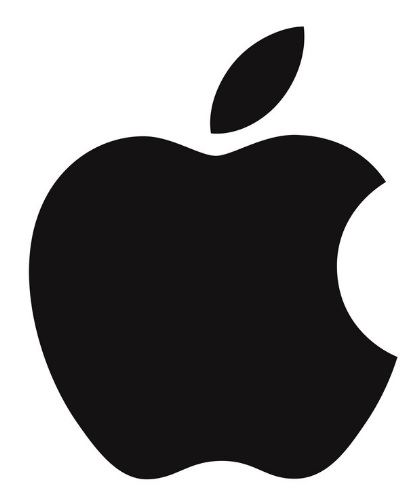 Although the PC industry has declined dramatically in recent years, Apple’s business has continued to grow. Now people believe that Apple is mainly a mobile company, and less of a company in computing. The technology giant has historically dealt with a small variety of items. It has also increased its product scope by introducing new hardware and software categories. It has plans to diversify further into new regions.

Apple operated a network of goods and services that were compatible. Those products and services are either incompatible with other brands or have poor compatibility with products. Getting its own operating system while growing its reliance on other brands, however, also gives it an advantage in both the smartphone and PC segment. Here is a marketing mix of Apple Inc describing the four P’s.

In recent years, Apple’s product range has significantly grown to include new products such as Apple Watch, Apple TV and other applications. Product Mix of Apple is very good. Here’s a product list: iPhone–Apple’s line of smartphones based on its iOS. The new iPhone series is iPhone 11, the pro edition of which (starting at $999) has a triple camera built on its rear.

iCloud offers already current Apple customers with a range of free cloud services. With the iPhone, iPad, iPod, Laptop, and PC, these services function seamlessly. Users can upload their content to iCloud automatically and wirelessly, and then access it from all their apps. Apple’s product range has become very broad and appealing, with so many gadgets and applications. Apple is looking to further expand its portfolio of products. The four ecosystems of apps— iOS, macOS, watchOS and tvOS — offer a seamless experience across all Apple devices. They motivate people with App Store, Apple Music, Apple Pay and iCloud services that include breakthrough services. Apple recently announced the complete acquisition of Shazam, the world’s most successful and highly-rated music app that is used by hundreds of millions around the world. This software will continue to be available to Apple users ad-free. Apple is working relentlessly to create a secure and highly engaging experience for its users. Apple is continuously changing its product mix strategy to compete with its competitors. Apple is making technological changes in its manufacturing process and its operating system on a regular basis.

Apple corporate resellers Local retail electronics stores Price: Apple has built an image of a luxury brand. Low-cost products were never a part of Apple’s range of products. This follows a focus on premium pricing. Such goods are primarily intended for higher-end consumers. These products are technologically advanced and cater for the diverse high-end consumers ‘ computing, mobile computing, networking, entertainment, and other needs. Both these items bear a premium price tag from the iPad to iPhone, Macbooks, and Apple watch.

Apple rarely prices its goods lower than its rivals, and able to maintain an image of a luxury brand. Lower pricing of its goods will dilute the image that the company created. The firm also launched some fairly cheaper iPhone models to stop dropping profits, however. The products are unique in style, technology, and aesthetics. They are priced too, however, in a way that represents the individuality of the company and focuses on technical innovation.

The pricing policy of Apple represents the substantial investment in producing every product, including R&D, raw materials and labor. In fact, Apple has never manufactured the ordinary goods. Its products, apart from their success, are known for their simplicity and quality, which makes them successful and this is what allows Apple to price them higher. Consumers are willing to pay if they trust a brand, and know it gives them what they are paying for in exchange.

Apple uses various channels of distribution to reach its clients around the world. It uses many platforms to sell its goods and services from its own retail stores to online and offline networks. You can find Apple’s goods online as well as offline. People on the website are able to shop for Apple products. Create, sign in, and shop an account at apple.com. In addition to its own platform, Apple goods are also sold at other shopping outlets in the local markets, such as eBay, Amazon and other local e-retailers. Apple has a worldwide distribution network to market its goods and services. Those distributors are also known as company resellers. For most areas, there are local retailers also selling Apple products for their shops.

Apple uses the following channels of distribution: the Apple stores, Online shopping from sites such as Amazon, Flipkart, and other small and large e-retailers.

Apple’s sales promotion strategy is just as sophisticated as its product line. To market its products it makes use of both traditional and unconventional techniques. First of all, on the market, Apple products are sought-after that most of them are a phenomenon before they startup. Word of mouth marketing has always worked in Apple’s favor and it has always generated a lot of publicity for every single product it has launched. Through its website, and from other online platforms like social media, Apple products are marketed. Apple Sales Promotion strategy is effective in attracting buyers.

Besides that, Apple has always used TV and print media to smartly market its goods. Its ads are meant to highlight the distinctive characteristics of its products and their unique character. Press releases when a new product is launched are also a smart way of promoting which Apple makes good use of. Much depends on how much interest is conveyed to customers and Apple does it in a genuinely smart way. There are thousands of blogs that review, address and support Apple products. Apple is also seeking to move deeper into the Asian markets to meet its Chinese customers, who are a little more price-conscious relative to their Western peers but are also technologically enthusiastic. Throughout the emerging markets, it has also increased its spending throughout selling its goods.

Apple has always been known as a premium brand that offers its customers premium value. Its products are unique in terms of design and technology. Nevertheless, if its sales have decreased in recent years, it is due to rising competition, higher costs, lack of consistency with other brands, as well as evolving trends. Today, Apple has launched innovative new products and is attempting to diversify into new regions. Although Microsoft has frequently questioned its status as the most valuable brand, competition from other brands is also rising in strength. Apple is a strong brand, but then the leverage is in the customer’s hands, and with its approach, Apple will need to be even smarter to keep number one. Nevertheless, the strategic advantage can not be overlooked. That creative quality is still the reason it’s the most strong of brands in technology.

Marketing Mix Strategy of Apple is effective. Apple is promoting its products with the help of apple sales promotion strategy. Product Mix of Apple Inc is good.