SWOT analysis focuses on weaknesses, opportunities, and threats. Sony is a leading multinational electronic company. This article will give you a sense of Sony’s Position in the Market.

Sony is the worlds leading multinational company founded in the year 1946 based in Minato, Tokyo. Sony has diversified businesses and products. Some of the Products are consumer electronics, video games, semiconductors, Cameras, music, TV shows, and telecommunications equipment, and computer hardware.

In addition to these products, it also offers a range of services such as insurance, finance, banking, credit finance, network services and advertising agencies. Sony is following both B2B and B2C model.

Sony is one of the most popular consumer electronics names in the world and ranks second in the world in the field of electronics. As it was founded just after the Second World War, the company introduced a number of innovative products, including TV, transistor radio, Betamax VCR, CD player, PlayStation game console, and Walkman portable cassette player previously.

A large part of Sony’s revenues come from its music & gaming business, which includes the brands like Epic and Columbia, and the rest from its television and film business. The insurance domain is the other key business division of the firm.

SWOT Analysis of Sony reveals the strengths of the business for which it is successful and what separates it from its rivals, its weakness, which prevents the brand from performing well, and its emphasis on improving its brand value.

It lists the opportunities that the company can use to improve its market share and brand awareness. It also sheds light on the danger that could affect the brand.

In order to ensure that Sony meets the long-term competitive advantage, it must resolve the multiple issues outlined in SWOT Analysis of Sony.

Strengths in SWOT Analysis of Sony

Sony has a wide variety of items on its product portfolio. The company, which originated in Japan, has developed an excellent reputation over the years by providing quality goods.

Sony holds a strong brand image, and people have more faith in its brand. The brand includes a range of items such as consumer electronics, video games, semiconductors, films, TV shows, music, and computer hardware and telecommunications equipment.

In addition to these products, it also offers a range of services such as insurance, finance, banking, credit finance, network services and advertising agencies. Any of the products manufactured by the company maintains its quality.

It ensures that a quality check is carried out so that consumers are satisfied with their demands.

Sony has been recognised at the global level and has developed a wide range of products since its inception. The brand is so popular worldwide, that almost a lot of people are well aware of the brand and the different items that the company makes.

Sony is a brand that is quite popular and recognised globally. Having produced many products of excellent quality and recognised worldwide, Sony has emerged to establish a sharp picture of the brand in the electronic domain.

Right from the start, Sony has been trying to offer a range of creative products to its customers. However, the organisation is much more concerned with the nature of the goods it makes.

The business is the same as technology excellence and has a luxurious engineering experience. In addition to developing VCR, Trinitron Color, and Walkman, Sony has also developed a compact disc, magnetic tape, and Blu-Ray disc that is used as a medium for high-definition video playback.

The company’s goods are designed with the latest technologies, and this is also a great strength for the brand.

Even if the product is of superior quality and satisfies all the customer’s operations, each product will inevitably need an after-sales service. Since it is an electronic product, it is also important to provide after-sales facilities for all its goods.

Thus, a person who purchased a Sony product from one country can request an after-sales order from another country. This way, the brand has developed an excellent reputation all over the world.

Sony has a good partnership with its dealers which not only supplies them but also focuses on promoting the products and training of the company.

Creative teams from Sony have helped it to come up with new products and reach new markets. In the past, it was successful, in most of the initiatives it took in new markets.

Sony has a well-functioning and engaging website that attracts a huge amount of traffic and sales on the internet.

Sony has a strong social media presence with over millions of followers on the three most prominent social networking platforms: Facebook, Twitter and Instagram. It has a high degree of customer engagement with low customer response time on those channels.

Weaknesses in the SWOT Analysis of Sony

The price of the brand is a great drawback for the brand because it is high. Many people around the world can’t afford to buy Sony’s goods because they’re on the higher side.

So, consumers prefer to turn to a cheaper brand, and often Sony loses a lot of customers because of that.

Even though Sony has many diversified products and brands, it is still not as diversified as its rivals. As a result , the company does not increase its global earnings.

In the current age, when mobile definitely stands out above all other accessories and with rising demand for it, Sony appears to have a poor presence in the smartphone industry.

It manufactures cell phones like Xperia, but they’re nowhere near Sony’s other product range. In reality, this is a weakness for the brand.

Opportunities in the SWOT Analysis of SONY

Nowadays, consumers are spending more money on different electronic products, and this opens the door to fresh and poor markets where consumer electronics did not exist.

Most people’s income in many countries has increased and gives them a chance to enter the market. This provides an opportunity for the brand for all kinds of products.

So far, Sony ‘s attention has been on entertainment electronics, such as music players, televisions and gaming consoles. Many other popular electronic brands in the market have expanded to other markets like home appliances.

Sony has not moved into this yet. Upon entering the production of home appliances, Sony would see more opportunities to grow more and have many options.

Sony being a popular multinational company, it sees more opportunity globally. It would see more opportunity on expanding itself to other countries where it did not start its operations yet.

Over the past years, Sony has invested in a considerable amount on the online platform. Having spent so much on the new sales channel, Sony has seen more sales.

In the coming years, the company can make use of this opportunity to know its customer better and serve the customer’s requirements using big data analytics.

Sony can launch good Mobile Phones to increase its sales and thereby increasing its revenue.

Threats in the SWOT Analysis of Sony

Many low-cost competitors have drained away Sony’s market share, and this could be a significant concern soon. There are many budget brands like Xiaomi and Huawei, where many quality products are being sold at a low price.

For Sony’s survival, it requires ensuring that its high-price products meet the advantage of the various low-cost alternatives.

As Sony is a Japanese brand and being in operations worldwide, it does face some challenges with the variation in various foreign exchange. This is a big threat for the brand as Sony should keep watching out for the foreign currency rate fluctuations.

Over the past few years, Sony has developed many products, but they are indeed in response to the development by the other players. Also, the supply of new products does not happen consistently, thereby leading to rise and dip in the sales over a period.

The main challenge to maintain profitability for the Sony brand lies with software piracy. While imitation would decrease the revenue of Sony, hence, the company needs to create solutions to save its software products.

This is a big threat to the brand as measures must be implemented to avoid this for the business.

Sony products imitations are available at a large scale which also has adverse effect on the brand image of Sony.

SWOT Analysis of Sony referred to in this article highlighted the key strengths of the company arising from the various products being sold, being a multinational brand, possessing a good brand image, producing many creative products, demonstrating innovation in technology and offering excellent after-sales service.

The weakness of the company lies in its pricing, not having well-diversified products relative to its rivals, paying less attention to promotions and having less mobile products.

Sony sees a huge potential in many other markets where it has not yet been set up, including more goods, more revenue being a global business, and more online customers. The business sees a challenge from its rivals, fluctuating foreign-currency prices, a reduced frequency of innovation, and software piracy. 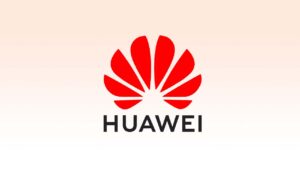